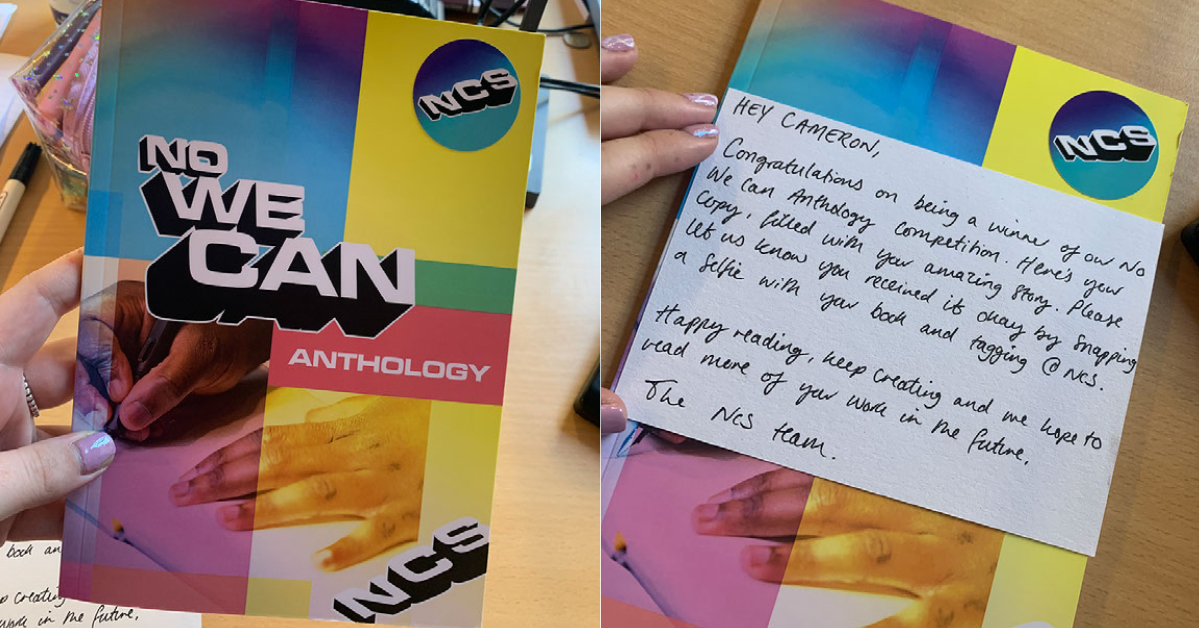 Two students from Leeds City Academy, Cameron and Isaaq, entered the NCS Writing Competition after seeing the title was 'No, We Can.'

As our academy values encourage students to be 'Aspirational' we wanted to put forward our Year 9's into the competition.

The two boys were not too invested at first however once they found out the prize was to be a published writer, they set to work!

They boys worked carefully writing and re-drafting their pieces which were both completely different, one a poem and one a short story. The boys were encouraged to draw on their personal experiences and emotions in their writing and we looked at how to convey different ideas through structure as well.

Once they were both happy with their pieces , the students submitted them to the competition. During lockdown, NCS got in touch and said out of all the entries they had chosen the boys' work in the final 12 to be published. They were excited to be part of a real writing process as their work was sent to a 'final edit' and they got to learn a bit about careers in writing and publishing along the way.

Miss Russell, Lead Practitioner of English, said "I am super proud of both of them and they should be of themselves too. "

Isaaq and Cameron were also chosen as Mr Chattoe's Students of the Week. Read more about this here.